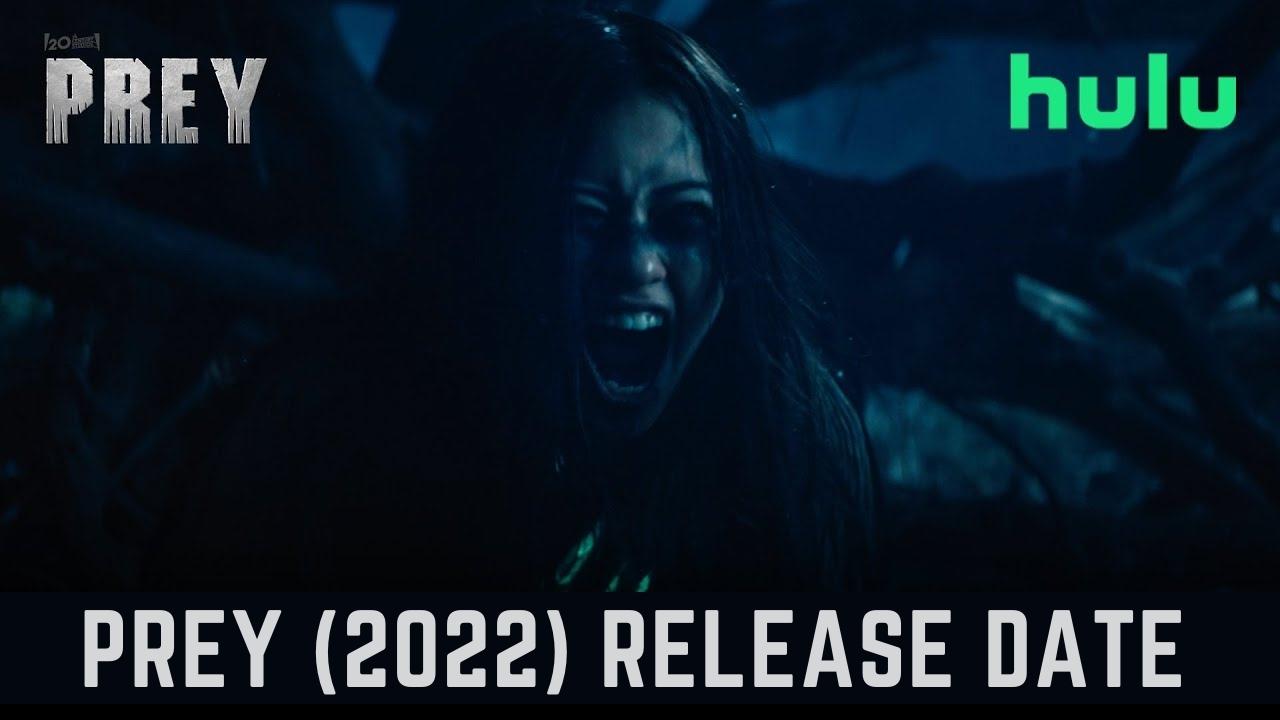 The Predator franchise is coming back with another hit movie late this summer. This time the movie is titled “Prey.” It introduces us to a whole new era of skull-breaking, spine-ripping aliens.

The official trailer of Prey is out. This has raised the level of excitement in fans. After watching the last Predator movie in 2018, fans are eagerly waiting for the forthcoming movie.

Prey Movie 2022 is a prequel to the previously released 2018 movie “The Predator.” As fans anxiously await the release of the sci-fi classic, we are here with all the information you need to know about the movie.

Prey movie release date is out and we couldn’t get happier than this. Fans have been waiting for another Predator movie since 2018. Finally, the time has come when we will get to see the next Predator film on the screens.

Prey is scheduled to release on August 5, 2022, exclusively on Hulu in the US. The movie will be released as a Star Original on Disney Plus in the UK.

Prey will not be released in theatres. Despite that, it can be considered a summer blockbuster. Now that you know Prey movie 2022 release date, save the date and get your Hulu or Disney Plus subscription ready.

In the lead role, we have Amber Midthunder. He is playing the role of a young Comanche hunter named Naru. The rest of the Prey movie cast is made up of Native and First Nation actors.

The details of the Prey movie cast are given below.

The Prey movie trailer is out and gives us an idea about what’s next to come. Producer John Davis said that this movie will focus on the ingenuity of a human being who doesn’t give up. He fights and defeats a much more powerful force than him.

The official Prey movie teaser was dropped a month ago. The teaser was released to reveal the first look of the movie.

You can watch the teaser here:

Fans have wanted to know about the Prey movie plot. Luckily, the creators have released a synopsis that gives us a basic idea about the storyline of the upcoming prequel.

The story is set 300 years ago in the Comanche Nation. The plot revolves around a young woman, Naru who is a skilled warrior. She is raised by legendary hunters and her purpose is to protect her people. The prey she targets turns out to be an evolved predator with an advanced arsenal. This leads to a terrifying showdown between the two.

You can learn more about the movie from the Prey movie wiki page.

Where to watch Prey?

First thing first, the Prey movie will not be released in theatres. This might make you wonder, Prey movie where to watch.

The movie will be exclusively released on Hulu in the US and on Disney Plus in the UK. It is arriving on August 5, 2022, which means we are just a couple of months away from the release date.

The Prey movie countdown is on. The film will be released in the US and the UK on August 5. However, the release platforms will be different, the details of which we have already mentioned in the previous section.

There are no Prey movie spoilers available. Since the trailer is out, we have already got an idea about what the movie will be like.

According to Prey movie news, the film was supposed to be directed by Shane Black, who is responsible for movies like Iron Man 3 and Kiss Kiss, Bang Bang. However, that didn’t happen. It is director Dan Trachtenberg who came up with a completely new take on the movie.

After waiting for almost 4 years, we are finally getting another Predator movie. Prey will arrive on August 5, 2022, exclusively on Hulu and Disney Plus.

Is Prey a Predator movie?

The upcoming Prey movie is a prequel to the 2018 movie The Predator. This time the title is changed to “Prey.”

Is the movie Prey based on a true story?

The Prey movie is inspired by the true story of the Tsavo Man-Eaters who existed during the colonial era.

Prey will be released on August 5 on Hulu in the U.S. and on Disney Plus in the UK.

What is the point of Prey on Netflix?

As of now, there’s no update on whether the movie will be released on Netflix or not.