In India, Airtel is the first telecom operator to launch a Wi-Fi Calling service to its users. As its name implies, the Airtel Wi-Fi Calling will enable its subscribers to make calls through a Wi-Fi network just like a usual phone call.

Furthermore, you do not need to install any separate app, and as of now, it supports all the compatible phones listed by Airtel. You have to enable the Wi-Fi calling option on your headset.

The company says that this new service will take the support of the available stronger Wi-Fi network indoors for a better calling experience.

The Airtel Wi-Fi calling service is presently available to all the Airtel customers in NCR Delhi, and it is compatible with Airtel’s home broadband, Xstream Fiber. However, the company says that it is also contacting the other companies to add support for all broadband services and hotspots, as well as smartphone makers.

Airtel Wi-Fi calling is making its way to all the phones that support Wi-Fi calling feature. Still, as of now, only limited smartphones are compatible with this new service from Airtel that includes,

Users have to enable the Wi-Fi calling feature on their phone and upgrade it to the latest software build to start using Airtel Wi-Fi Calling.

The telecom operator also says that the users do not need to purchase a new SIM. Also, the new Wi-Fi-based calling service is claiming to provide better audio quality and call set-up time when compared to VoLTE. There are no additional charges for this service, and users can continue with their existing plans.

The users can make Airtel Wi-Fi calls to any other network (2G/3G/4G/VoLTE/ Wi-Fi), just like a regular call. The only difference you could observe is that on making Wi-Fi calls, you can identify by a unique symbol on the screen, which shows that the Wi-Fi call is made. Airtel customers can make Wi-Fi calls during roaming as well, but cannot make international calls. 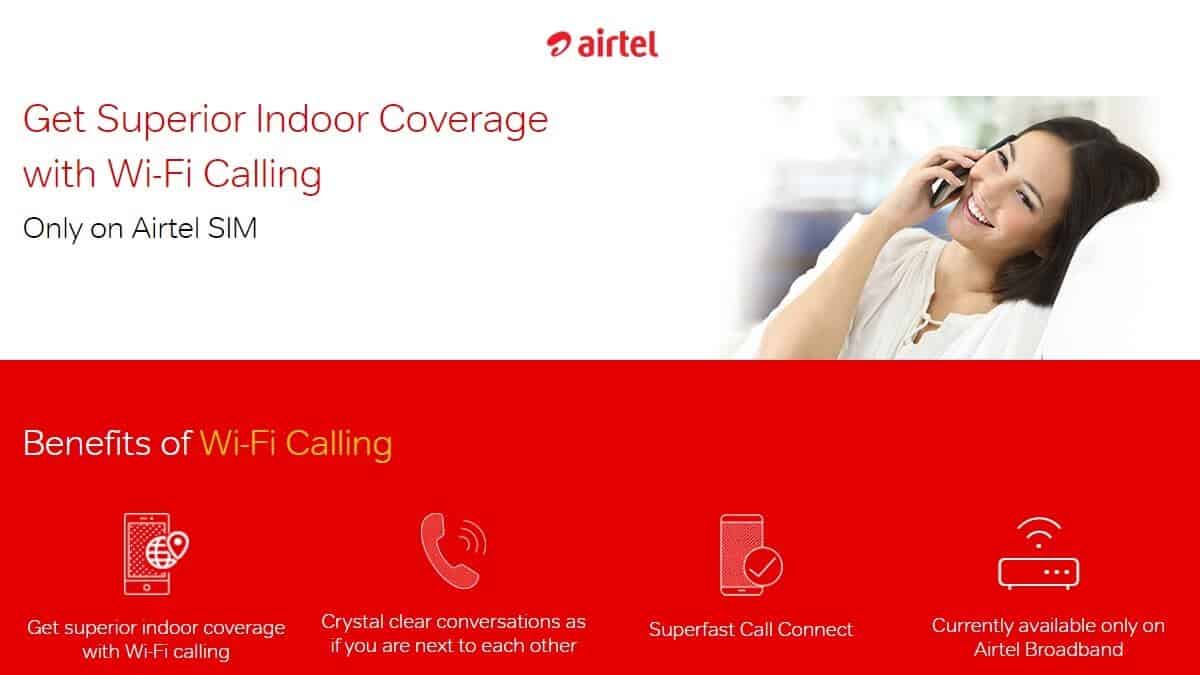