Cryptocurrency is something that spreading in the masses like fire. People are putting tons of money on it for trading and also mining. While mining getting into the mainstream of the crowd, people putting lots of money to set up equipment. Mining needs huge machine power to process even one single calculation. They are many other cryptocurrencies too other on the market which are now profitable than BTC (Bitcoin) mining.

It is recently reported to hear that over millions of Android phones were hijacked to mine Cryptocurrency. A report by Malwarebytes recently stated about this that many a website doing this without the users’ permission. The hackers recently got into millions of phones and started using the phones CPU to generate power to mine cryptocurrency.  This might look negligible but think at a large scales, millions of power powers accumulating at one place can do wonders. 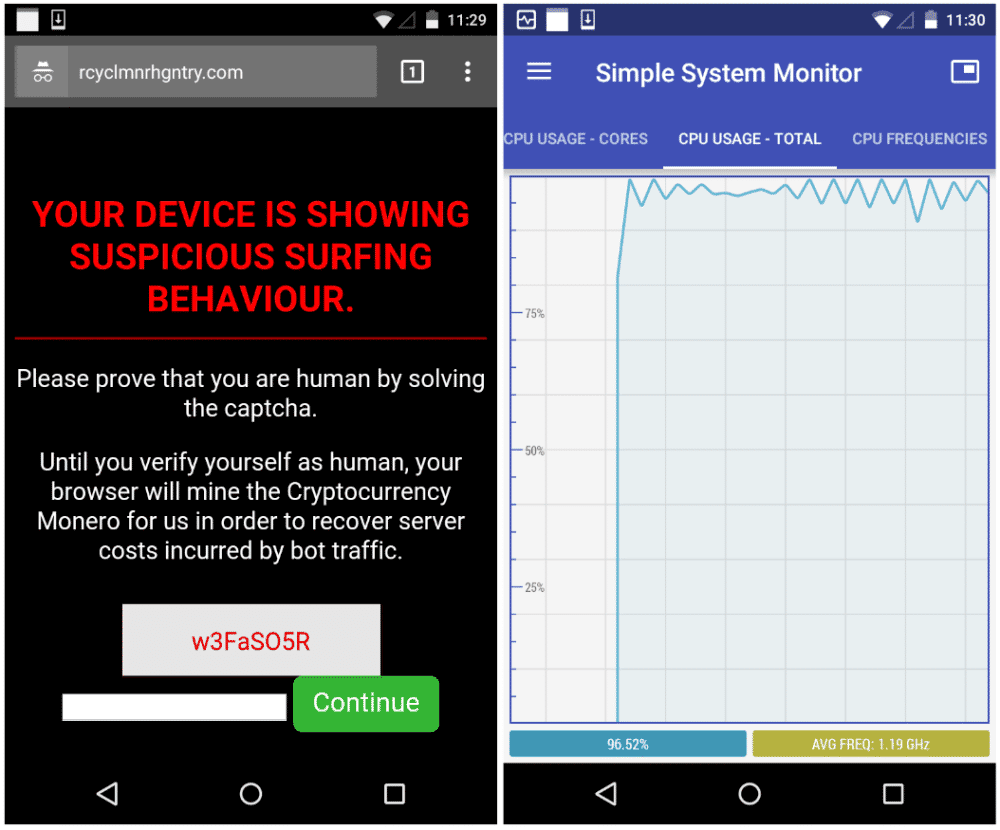 What Actually Happened to those Millions SmartPhone Users?

Hackers penetrated to their system via pirated apps or software and stole access to the CPU power. They gathered it at a place and thus resulted in huge processing power which helped them mines a lot of Cryptocurrency, i.e., free cash. They redirected the users to a page saying solve the captcha to let block other accessing your system. Exactly the opposite happened to them, once the users solved the captcha, unknowingly they gave access to the hackers to get into the system.

This all started with an infected app installation. Followed by a website having over 30 million active users, resulting in hacking into their smartphones. Apparently, there is no exact figure for this but millions were hacked is for sure. Such a huge hack again question the security of Android smartphones. Malwarebytes also recommended the users to clean all untrustworthy app and use web filters and renewed anti-virus and anti-malware software only.