Oppo has officially confirmed the launch of the Reno 3 smartphone series, Oppo Reno 3 and Oppo Reno 3 Pro, to be on December 26, 2019.

In an event in Hangzhou, China, the Chinese maker of smartphones will unveil the two phones. Oppo Reno 3 and Pro have confirmed to dual-mode 5G support, and according to their official teasers and TENAA listing, both the Reno 3 series smartphones come up with quad rear camera setup.

The Oppo’s official account on Weibo has shared a post today, declaring the official launch of the two Reno 3 series smartphones at the event.

The two phones will come with the new octa Qualcomm Snapdragon 765G SoC. These are the first mobiles to run the ColorOS 7 skin and also provides dual-mode 5G (SA + NSA) support. Progressing their launch, the registration page for the Oppo Reno 3 and Oppo Reno 3 Pro is already live in China, giving us an initial outlook at the design of the two smartphones.

The Oppo Reno 3 Pro, featured with a curved display, was highlighted in the official teaser of the phone as well.

12GB of RAM will accompany the Snapdragon 765G SoC. The quad rear camera setup of the phone is inclined to include  48 megapixels primary sensor, supported by a 2-megapixel camera, a 13-megapixel shooter, and an 8-megapixel snapper.

Apart from the two Reno 3 series phones, Oppo is also going to include Oppo Enco Free true wireless earbuds in its launch at the event on December 26.

Oppo has also shared the official images of the earbuds with three color variants pink, black, and white. 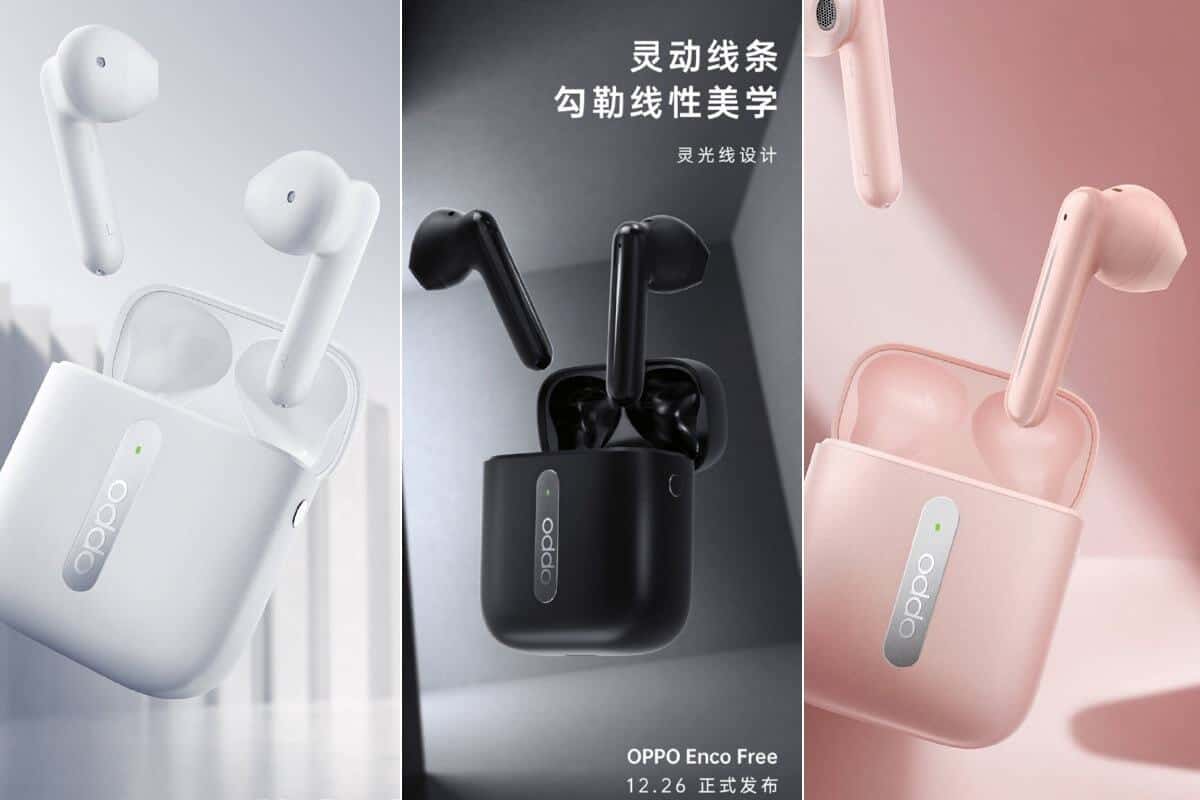 The design of the earbuds will look similar to that of Huawei FreeBuds 2, but the features and specifications of the earbuds are nowhere mentioned yet.