Realme may soon add another variant into its range of Realme 5 series after its launch of Realme 5 this month. Realme 5i is the fourth device in the five series along with Realme 5, Realme 5 Pro, and Realme 5s.

The yet to be announced, Realme phone inclined to named as Realme 5i, bearing the model number RMX2030, received the Wi-Fi Alliance certification. This is hinting at the soon launch of the product.

Also, the Realme 5i was certified by Indonesia’s TKDN, India’s BIS, and Thailand’s NBTC, strengthening the news of the phone’s soon launch in India, and a couple of other Asian countries as well. Still, there is no precise information concerning the Realme 5i has so far surfaced online.

As per the database of the Wi-Fi Alliance, the Realme 5i will run Android Pie with the firmware version RMX2030EX_11_A.08_191130. It is certified to support Wi-Fi a/b/g/n/ac standard and is compatible with the 5GHz  and 2.4GHz bands. 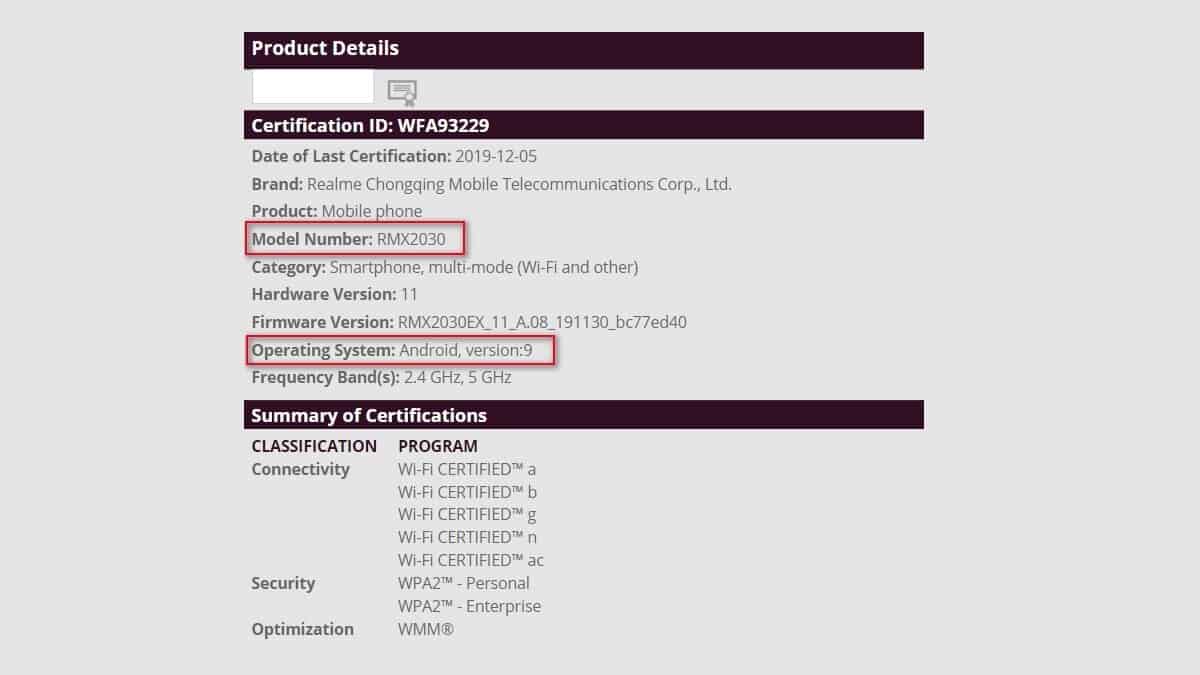 DroidShout also found that Realme 5i is certified in Indonesia, Thailand, as well as India. While the NBTC certification shows the model name as Realm 5i and the model number RMX2030, the phone’s Wi-Fi certification did not specify its name. The RMX2030 model number was located in the Realme phone’s TKDN certification document, as well. Ultimately, Realme 5i’s necessary BIS clearance implies the launch is soon in India, probably ere any other market.

Realme 5i may be the affordable version of Realme 5. It is anticipated that Realme may do the same as it did for the Realme 3 series, where Realme 3i is a toned downtown version of Realme 3. Sadly, since it is the first time the Realme 5i has appeared online, there are no official teasers from the company or leaks regarding the phone.