On Thursday a notable group of researchers panicked by the harmful social effects suggested a ban on automated analysis of AI that is being used for hiring and other important decisions.

The group of researchers showed the troublesome example of company HireVue, which sells systems for video interviews for Hilton and Unilever. It is because they just examine and analyze facial movements and also do not disclose results to the candidates. 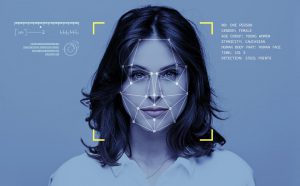 The Electronic Privacy information center has complained US FTC on HireVue, and AI Now(AI Now Institute, NewYork) has hammered the company. While HireVue said it did not see the AI Now report and remained silent.

“Many job candidates have been benefitted from this technology as there is no partiality to some over others,” said spokeswoman Kim Paone.

AI Now, in its latest report said, job screening is one among many ways in which that software is used without any answerability and didn’t help some people. The report showed that people will not only communicate through expressions over different situations but also in multiple ways. They even express differently over a single situation.

Companies like Microsoft and Amazon.com are trying to market their ability to classify and analyze facial expressions to find the kind of person. Amazon.com clarified that it is just using the AI to identify the physical appearance of a person and not the feeling inside, while the former stick to no words on this matter.