There’s a lot of hype going on about the movie “The Menu,” starring Ralph Fiennes and Anya Taylor-Joy.

The Menu is an upcoming dark comedy horror film with a unique plot. It is directed by Mark Mylod and produced by Betsy Koch and Adam McKay under the production banner Hyperobject Industries.

Set in the world of culinary culture, this is a kind of movie that you haven’t watched before. Searchlight Pictures is gearing up to release this new dark comedy horror in theatres this fall.

If you are excited to learn more about the film and release date, you have come to the right place. We have included everything we know about the film in this post.

The Menu release date is confirmed. The film is scheduled to release in theatres on Friday, 18th November 2022. However, there’s no word on whether the film will be getting a release on a streaming platform.

We will update this section if we get any further updates related to the release date of the movie.

Check out the details of The Menu cast below.

The Menu trailer reveals the intense scenes from the movie. You can check out the official trailer here.

The Menu teaser was released four weeks ago on 1st June 2022. If you haven’t watched the teaser yet, click the link below.

Let’s give you a basic idea about The Menu plot. The trailer already gave us a feel for the tense atmosphere.

The story follows a young couple who travels to Hawthorne, a fine restaurant located on a remote island. The restaurant is run by celebrity chef Slowik, who has prepared a lavish menu for the guests. However, it quickly becomes clear that the chef is not who he seems. The other chefs in the restaurant are blindly devoted to Chef Slowik.

If you want to read more about the movie, you should go to The Menu wiki page.

Where to watch The Menu?

The Menu where to watch? The movie will be first released in the theatres. As far as the film’s streaming release is concerned, nothing has been announced yet.

It is speculated that the movie might get a Hulu release later.

The Menu countdown has started as the release date is announced. The film will be released in theatres on the 18th of November 2022.

This story revolves around a young couple Tyler and Margot, who travel to a remote island to eat at an exclusive restaurant that is run by celebrity Chef Slowik. But soon they realize that the chef and the restaurant are not what it seems.

We won’t give you anymore The Menu spoilers as it will ruin the excitement.

The Menu cast and crew started filming on 3rd September 2021, in Savannah, Georgia. The team was accompanied by Peter Deming, cinematographer, and Christopher Tellefsen, editor of the film.

The Menu poster for the promotional release is out. You can check it out here. 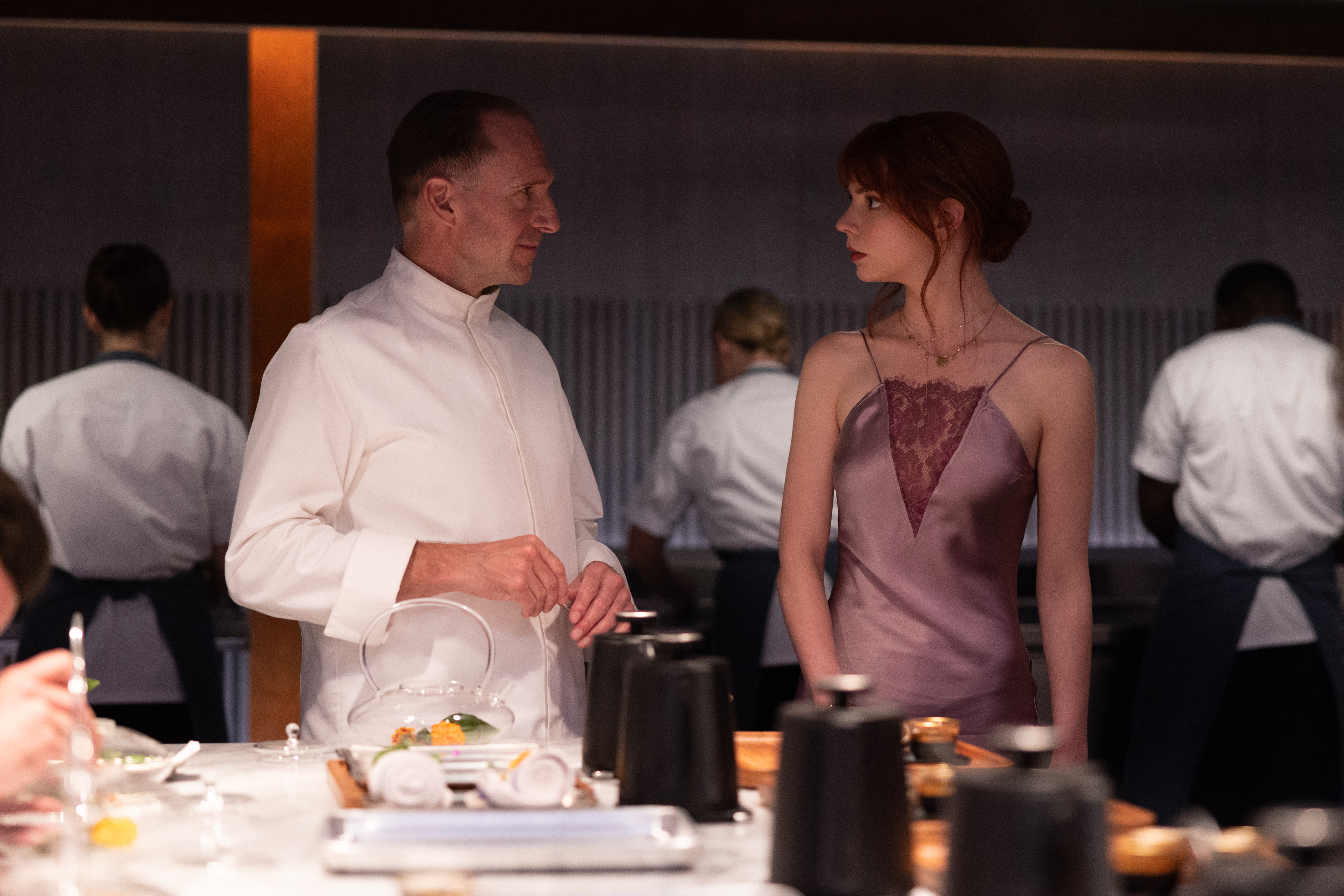 Final Thoughts on The Menu

The Menu is coming to theatres on 18th November 2022. As of now, there has been no update on whether or not the movie will be available for streaming. Stay tuned to this page for all the latest updates about the movie.

What is the film The Menu about?

The Menu is a dark comedy horror movie that follows the story of a couple who go out to eat in a restaurant on a remote island. The mysterious restaurant is run by Chef Slowik, played by Ralph Fiennes.

Where is The Menu filming?

The filming of The Menu movie started in Savannah, Georgia in September 2021.

What movie is being filmed in Savannah?

The Menu movie was filmed in Savannah, Georgia, with cinematographer Peter Deming and Christopher Tellefsen, the film’s editor.