MIUI 9: After around 1 year of launching MIUI 8, the Chinese mobile manufacturer, Xiaomi is all set to launch an update to the operating system. It will soon be releasing MIUI 9, which will be available for a majority of the latest Xiaomi devices. The company already announced that MIUI 9 is going to release on 26th July 2017.

Currently, the latest MIUI is not available for downloads, but will soon be released for users to download and install. The beta version of the same would be releasing soon this year, and the final release would happen later in 2017. The majority of Xiaomi users will be able to upgrade their devices to this version.

The features available in this edition will allow for smoother multi tasking and an overall improved performance. The date of the release of this version has been confirmed on July 26th. The update will consume up to 1 GB of storage space and will require your device to have around 60 – 80 % of charging. One key thing to keep in mind while updating your device is, to make sure that you have backed up your data. Although the version is not out yet, you can still upload it in your phone, by referring the link according to your device.

Device which are compatible with MIUI 9 Update 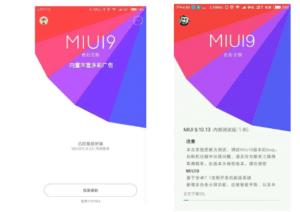 However, the official link for MiUi ROM is not yet available but there are few links where the Miui 9 file will be uploaded

The non – upgradable devices are: